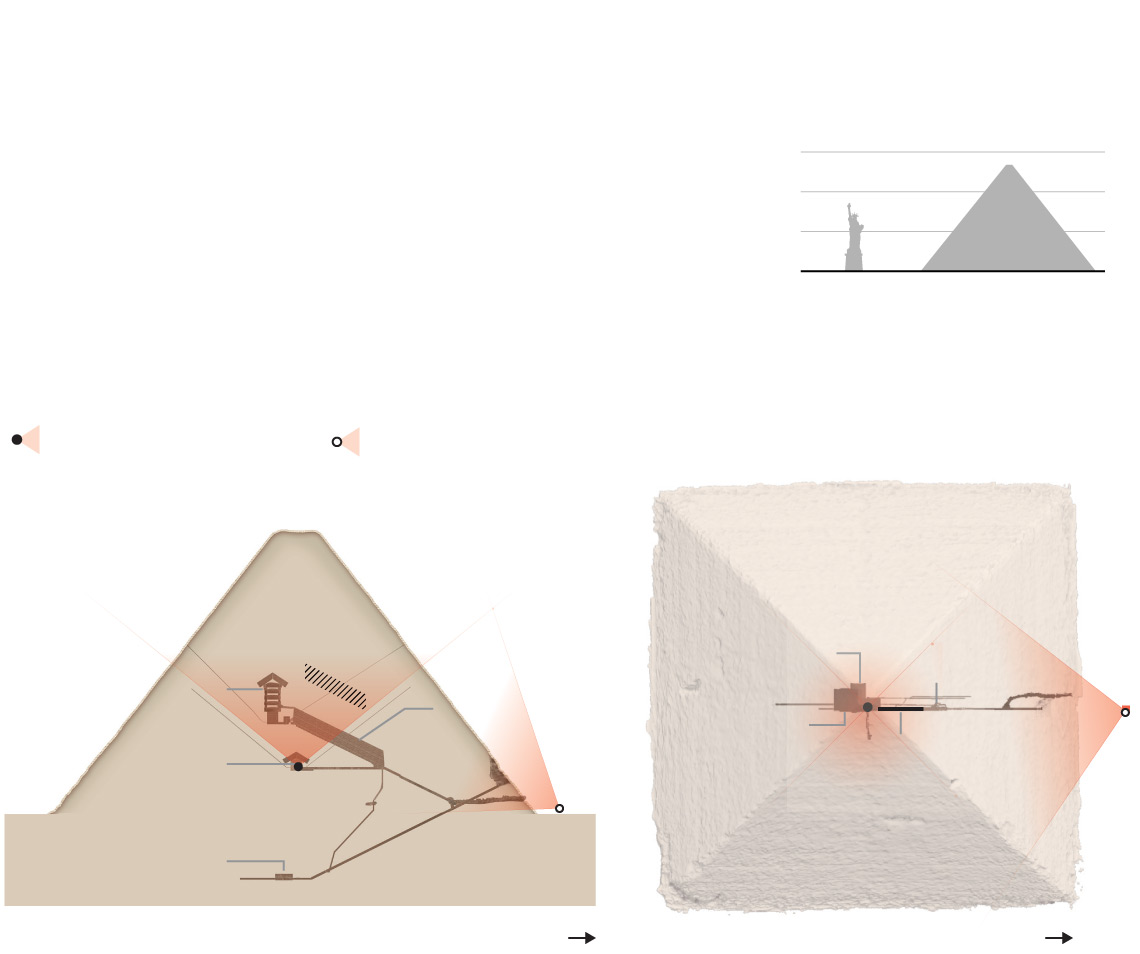 Egypt’s Great Pyramid of Giza—one of the wonders of the ancient world, and a dazzling feat of architectural genius—contains a hidden void at least a hundred feet long, scientists announced on Thursday.

The space’s dimensions resemble those of the pyramid’s Grand Gallery, the 153-foot-long, 26-foot-tall corridor that leads to the burial chamber of Khufu, the pharaoh for whom the pyramid was built.

However, it remains unclear what lies within the space, what purpose it served, or if it’s one or multiple spaces.

The void is the first large inner structure discovered within the 4,500-year-old pyramid since the 1800s—a find made possible by recent advances in high-energy particle physics. The results were published in the journal Nature.

“This is definitely the discovery of the century,” says archaeologist and Egyptologist Yukinori Kawae, a National Geographic Emerging Explorer. “There have been many hypotheses about the pyramid, but no one even imagined that such a big void is located above the Grand Gallery.”